Caddie for Tiger Woods? No sweat for our Mariner Alum Sarahi Ortiz! 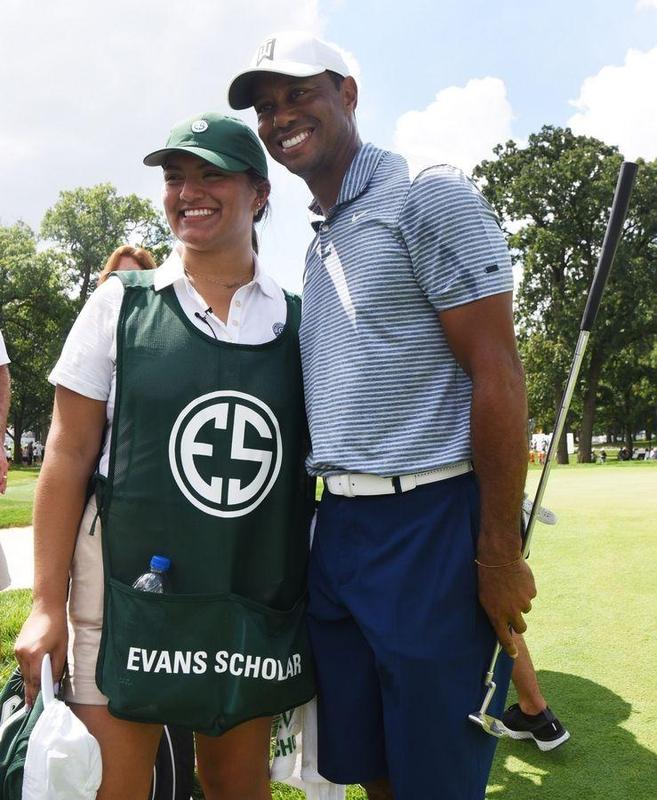 Mariner Alum and Evans Scholar Sarahi Ortiz had the incredible opportunity to caddie for Tiger Woods at the BMW Championship Pro-Am this past week.
How do you impress a once-in-a-lifetime talent like Tiger Woods and his unflappable caddie Joe LaCava? Ask our Mariner Alum Sarahi Ortiz, Class of 2016!
Sarahi said LaCava repeatedly offered to help her lug Tiger's bag around Medinah's brutally long course Wednesday, but the current University of Oregon student was having none of it.
"He kept asking me, 'Do you need me to carry the bag? Do you need to me carry the bag?' And I told him, 'No, I only get to caddie for Tiger once in my life, and I'm going to do it all 18 holes,'" Ortiz said.
And with that no-nonsense maturity and Mariner spirit, Ortiz earned the respect of both Woods and LaCava while Tiger played an abbreviated pro-am round on the eve of the BMW Championship.
Sarahi participated in the Western Golf Association's Caddie Academy when she was at SMCHS where she was also ASB President. The academy provides the opportunity for young women and men to gain a full 4-year scholarship 9 that provides college tuition and housing scholarships) to young caddies through the Evans Scholars Foundation.
As a national leader in the WGA program and the vice president of the Evans Scholars National Committee, Sarahi had the privilege of caddying for Woods. She is also paying it forward by mentoring other high schoolers at the WGA's seven-week caddie academy.
Follow in Sarahi's footsteps and start your first steps to becoming a Mariner! Click Here.
Published August 21, 2019 Print